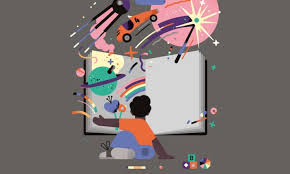 The town of Hope, near Aberdeen
Is somewhere I have seldom been
But then it's not a tourist trap –
It isn't even on the map!

There's certainly not much to see
They've closed the local library
Because they said there is no need
When no-one in the town can read
They've got a pub and a hotel
But neither of them's doing well
The hotel isn't quite the Ritz
The beds have fleas: the staff have nits
The only pub, "The Rose and Crown"
Is easily the worst in town

The one theatre's sadly gone
It burned down while a play was on
(The critics thought the play so dire
That all of them preferred the fire.)
The cinema is second rate
The films are always out of date
The last James Bond film that I saw
Had Bond still played by Roger Moore.

The pavements are never clean
Because the council's far too mean
To pay for cleaners – and the park
Is only open after dark
The grass is lumpy, full of weeds
And dogs can only walk on leads
There is a children's playground but
When school is finished, it is shut

The Chief of Police is eighty-two
He can't catch crooks. He can't catch flu!
The vicar surely won't be missed
Since he's become an atheist
The mayor sold his golden chain
And then was never seen again
The local paper isn't bought
Because there's nothing to report.
The school is like a concrete bunker
Matron's drunk. The head is drunker.

Now, living here must really stink
At least, that is what you might think
But that is simply not the case
There is no more delightful place
The fun and laughter never ends
Everyone is best of friends.
And all the residents agree
There's nowhere else they'd rather be.

So if you're feeling uninspired,
Sleeping badly, waking tired
If everything is going wrong.
The day feels dark, the night's too long
Remember all the people who
Have found the following is true:

It's so much easier to cope

If you decide to live in Hope.