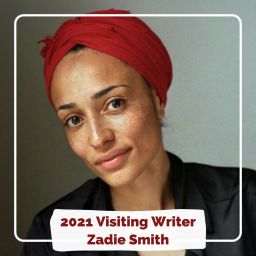 This week, ASP welcomed author Zadie Smith to our virtual Visiting Writer event for 2021. Thanks to the generosity of ASP alumnus and literary agent, Steven Barclay '77, students, parents, faculty, staff, and alumni of ASP have the opportunity each year to meet and engage in dialogue with some of the literary world's best-known authors. The Visiting Writer Program has welcomed speakers like Naomi Shihab Nye, Hilton Als, Ira Glass, David Sedaris, and Amy Tan.

Zadie has written several novels including White Teeth, The Autograph Man, On Beauty, NW, and Swing Time. She has published three collections of essays, Changing My Mind: Occasional Essays, Feel Free, and Intimations, which was chosen as one of Oprah's Best Books of 2020. In 2003 and 2013, Zadie was named by Granta magazine as one of 20 'Best of Young British Novelists'. She writes regularly for The New Yorker and the New York Review of Books. In 2017, she was elected a Foreign Honorary Member of the American Academy of Arts & Letters, and also received the 2017 City College of New York's Langston Hughes Medal. Zadie is currently a tenured professor of Creative Writing at New York University.

Our community eagerly awaited Zadie's arrival, with students, parents, and faculty alike reading her novels and essays, and discussing their thoughts with great anticipation. In the afternoon, Zadie joined a group of Upper School students as she spoke with one of ASP's English teachers, Mr. Cicoria. 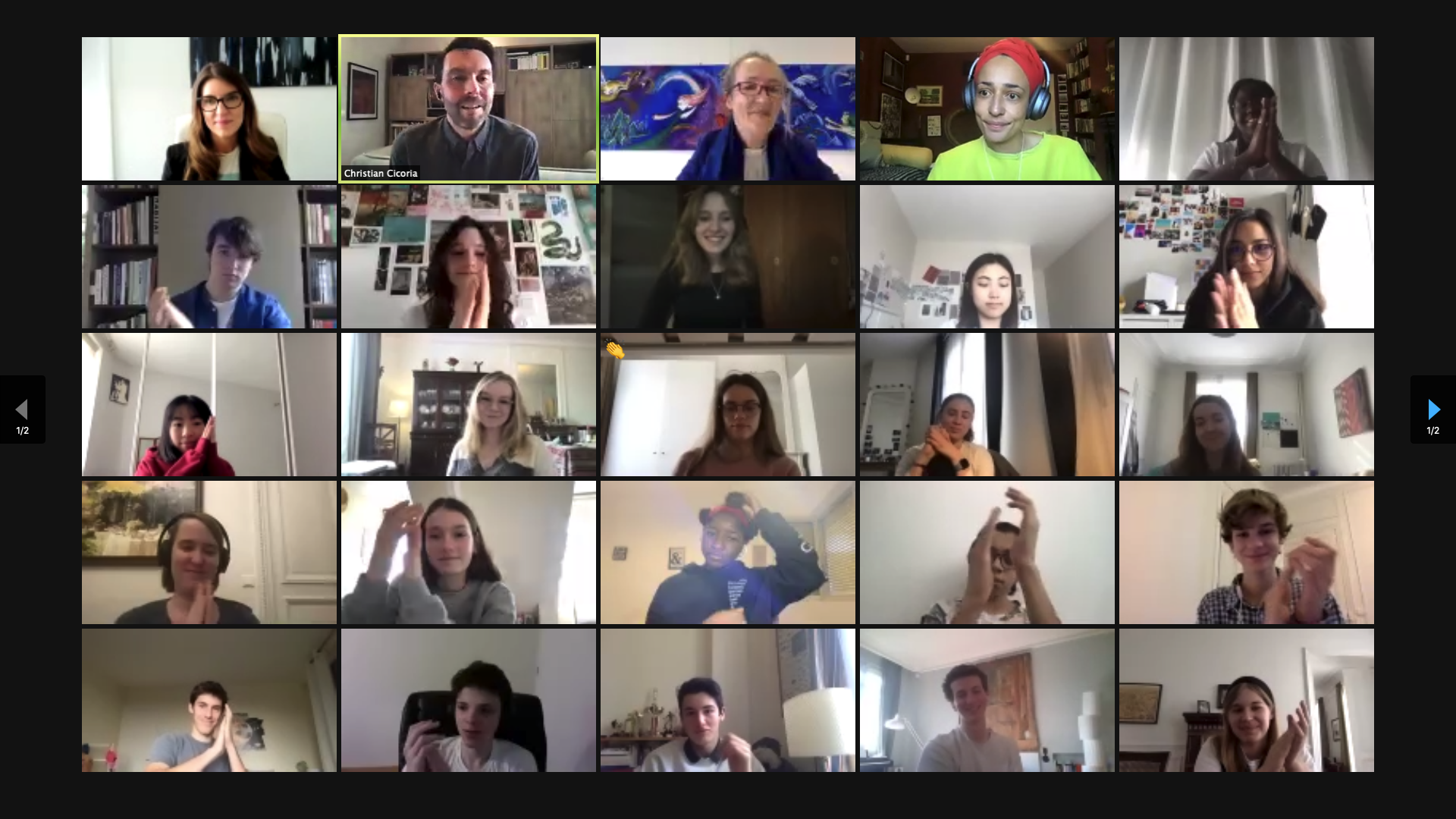 The conversation began with a discussion of Intimations, Zadie's most recent collection of essays. When asked about her motivations for beginning to write during the COVID-19 pandemic, she shared that the essays developed out of an incredible feeling of powerlessness. When she thought about practical ways to help, she said, "The more I thought about it, the more I thought about writing the book to make money and then give it away." The royalties from Intimations go to support the Equal Justice Initiative and the New York City COVID-19 emergency relief fund.

She notes that a writer's situation is often precarious, and, "it feels intensely pointless most of the time." Still, it helps her understand how to make an impact on the world, and guided her to donate her royalties; she reflected on the adage "active in the world" versus "active on the page," and acknowledge that, "I am not active in the world for various reasons, so this is what interested me, 'could I direct the money in the most functional way possible?'"

When sharing her reaction to how the world receives her writing, she spoke strongly on her view of her role in the book, saying that she prefers that the communication remains between a reader and the book, where she herself, as the author, is not present at the moment of communication with the reader. She wryly noted that the reception of her book is not something she worries about overmuch, "You can't offend me," she said, "the book is yours, everything you do with it is your business... it's fascistic to demand certain interpretations of your work from strangers."

When offering advice for young writers who worry about being understood, or misunderstood, she discouraged it, saying, "I find something desperate when writers instruct the readers of what their books really mean, and when they lay down the law on how their books should or should not be read." She encouraged the students not to bend their art to make it marketable, to make it something that is designed to be sold.

Her advice was powerful, and not that our young writers shouldn't consider their readers, but that they should simply acknowledge and create space for the friction of writing and reading. "Of course," she noted, "you have a responsibility, a moral responsibility [for what you create], but it happens on the page, between you and the reader. When you fail it, you will know. But you have to deal with the risk of that possibility, you can't pregame it, you can't avoid every possibility so that the relationship between me and the reader has no friction, that's not reading, and that's not art-making."

In the evening, Zadie spoke to parents, faculty, staff, and alumni, on similar themes, while sharing more about her thoughts on teaching and her own approach to education as a parent. Her reflections resonated deeply with our teachers, and she captured sentiments that are familiar to most, especially during the pandemic. In life, she mused, "there's nothing like feeling you have been helpful, and with fiction that's not guaranteed. But when I'm with a student, I can improve things. There's nothing like that." We certainly agree; there is nothing quite like the positive impact that a teacher can make on a student's life.

Zadie closed by questioning "what we want for our children" in considering education; "Is the game to give them the competitive edge, or is it possible to value people where they are?" When thinking about her own goals as a parent, and the fear that many parents feel, she questioned what we strive for when we educate our children. "We know how to make lawyers and bankers, it's not hard, it's easy in fact." and she continued, speaking on her own experience as a student, that, "education is life forming, the friends I made are still my friends today, and they may not have the highest paying jobs but they all went into jobs that were in some way interesting, they were involved and they've remained that way. And to me, that is a picture of success."

In the end, she noted that in all the many forms of education, the question of which path to take is nearly existential: "You have to expand your idea of what life is for, it's that big a question."

Thank you to Zadie Smith and Steven Barkley '77 for this incredible day of reflection!