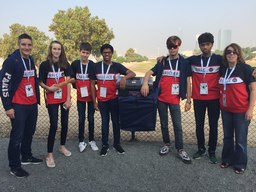 Competing in the 'robotics Olympics'

Join us in congratulating Team France on another successful year at the FIRST Global Challenge, the 'robotics Olympics' where students from all over the world meet to develop solutions to the world's most pressing problems. 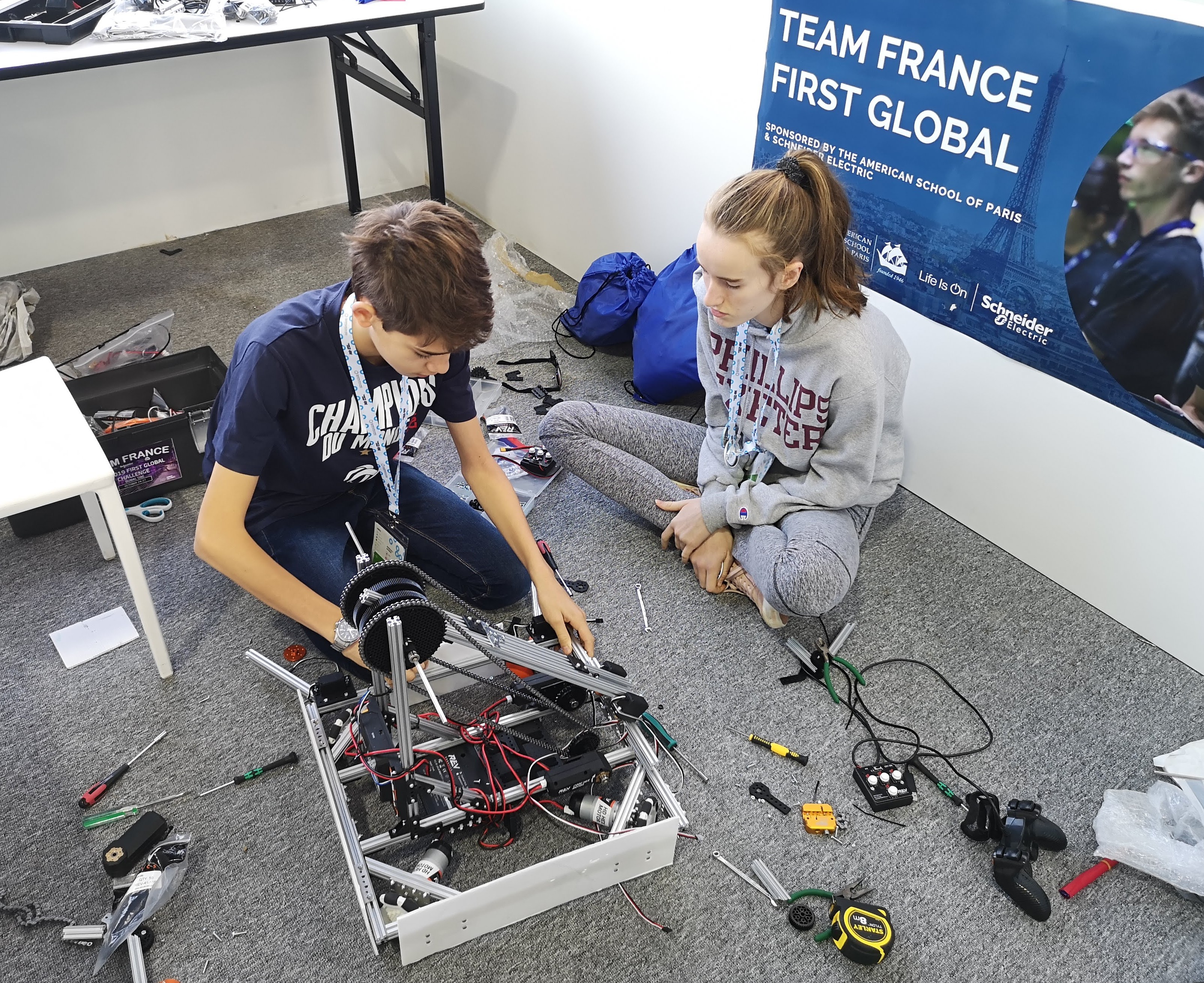 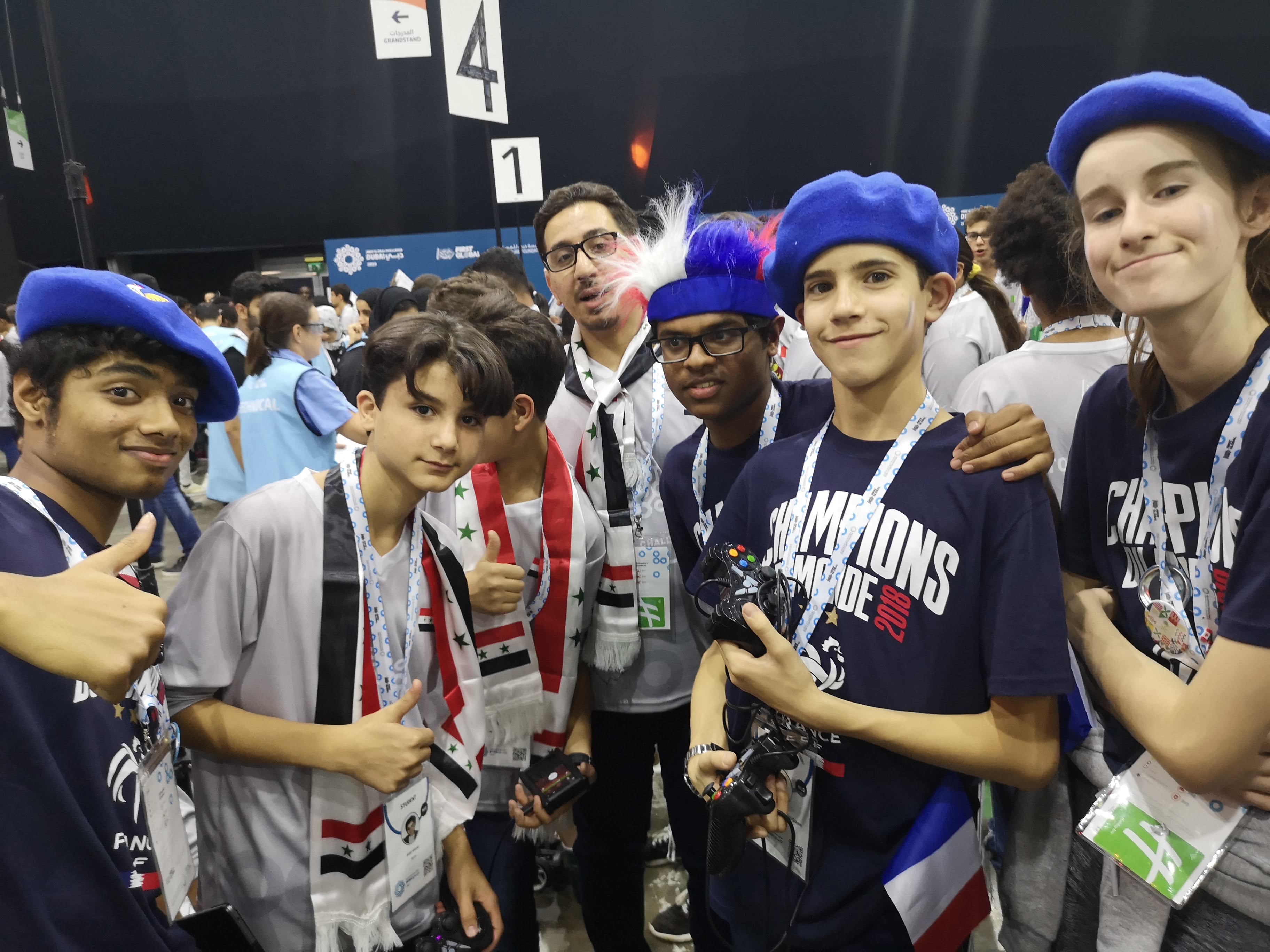 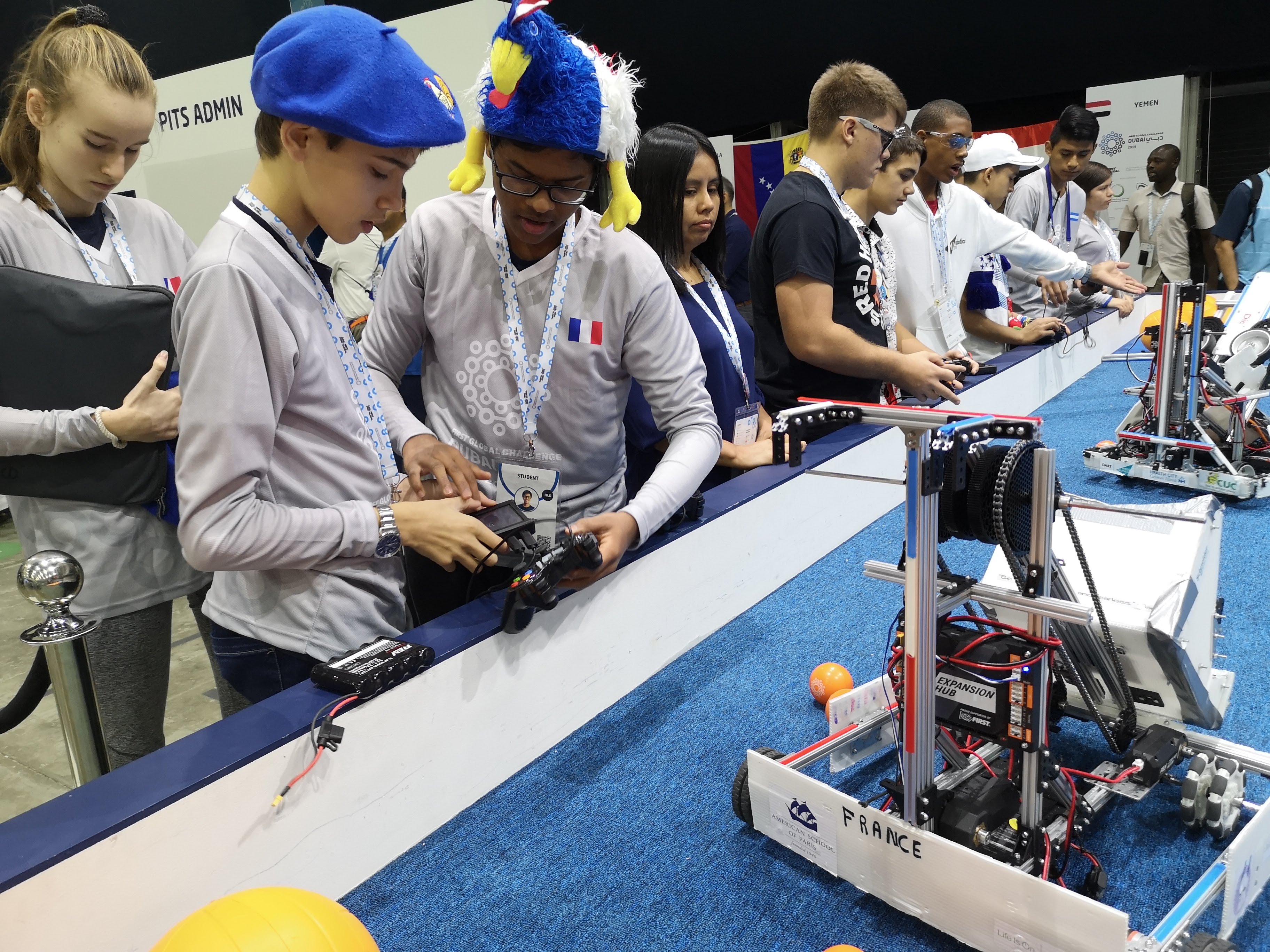 Competing against another team to keep their area of the sea clean, each team had two minutes and thirty seconds to collect pollutants before depositing them on different, progressively difficult levels of the clean-up process: recovery, recycle, or reuse. 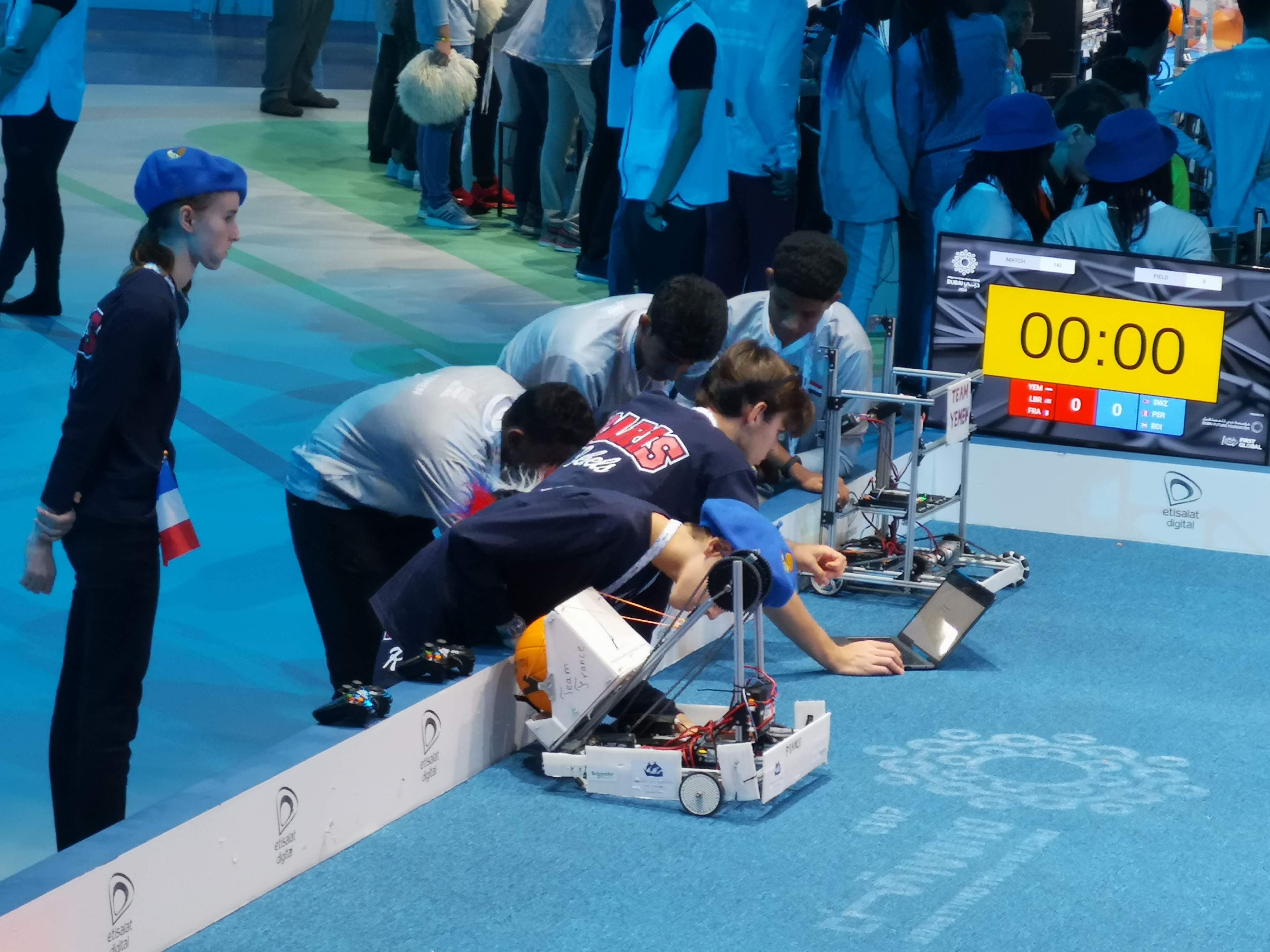 Team France, represented by our own Coline, Vignesh, and Pranav, worked tirelessly to create their robot before their departure for Dubai. Once they arrived and assessed the 'ocean'/playing field, the team remade their robot to better address the challenge before them. 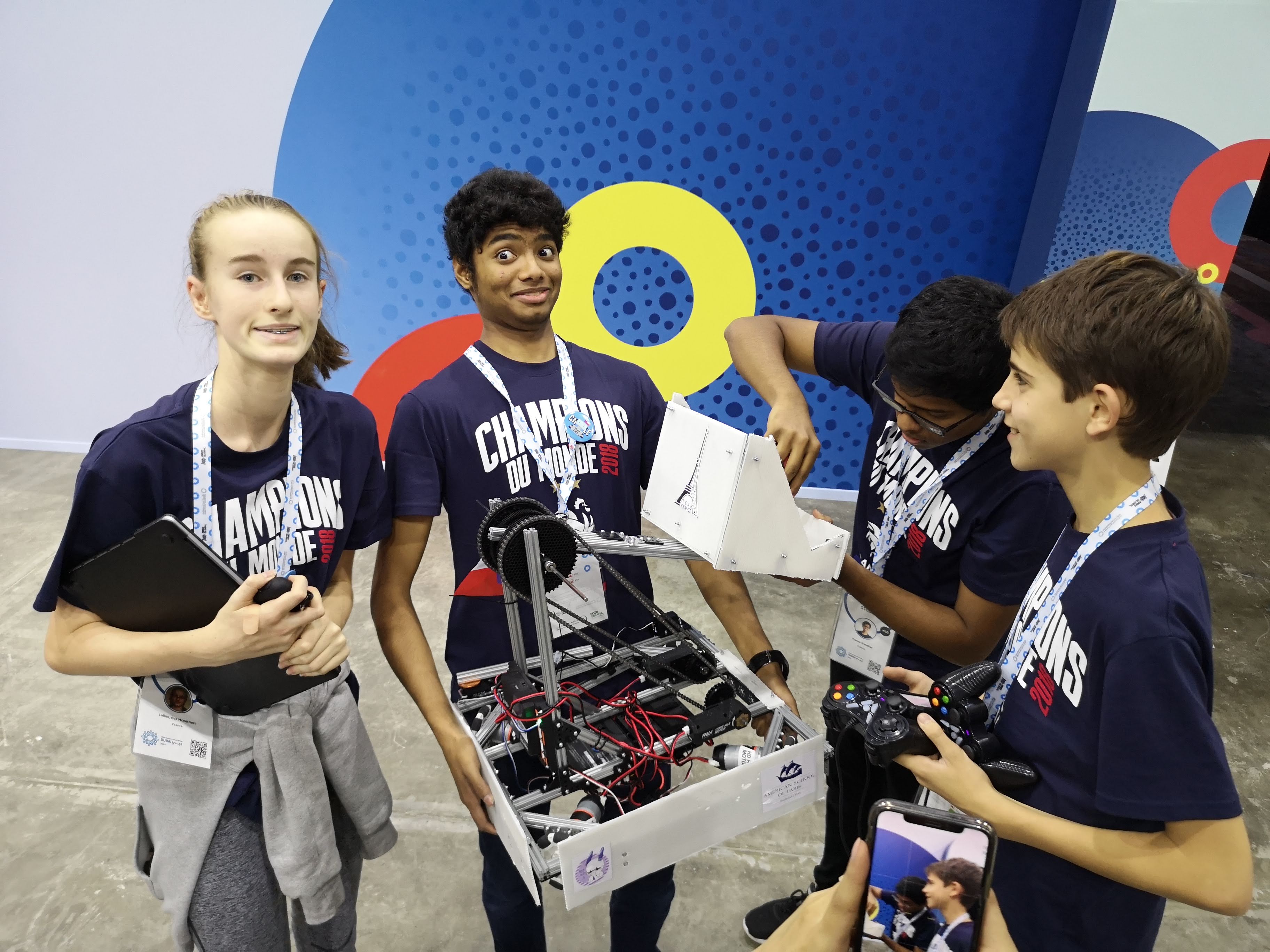 Their second iteration featured a catapult in order to access the recycle and reuse levels of clean-up. Team France won 5 of their 9 matches and ended with an overall ranking of 89 out of 189 teams.