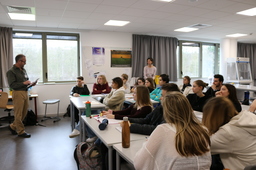 The first person to circumnavigate the globe using human power

Jason Lewis, who began a 13-year, 46,500 mile circumnavigation of the globe using only human power in 1994, has survived being hit by a car and breaking both legs, contracting sepsis and malaria (twice!), and a salt-water crocodile attack. From today, he can say that he has also survived a visit to ASP, where our students eagerly questioned him on his incredible experiences, sustainability, and renewable energy. 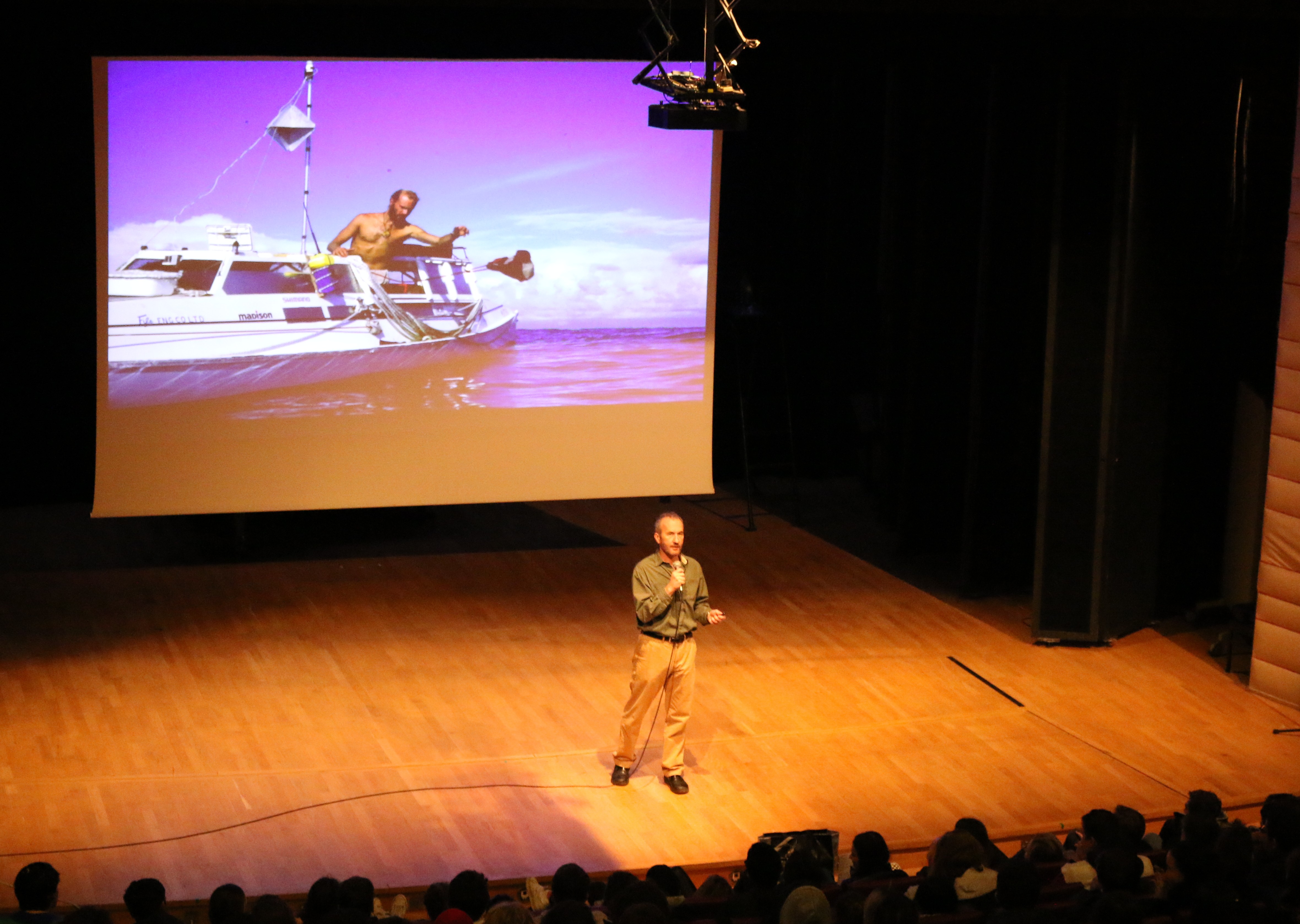 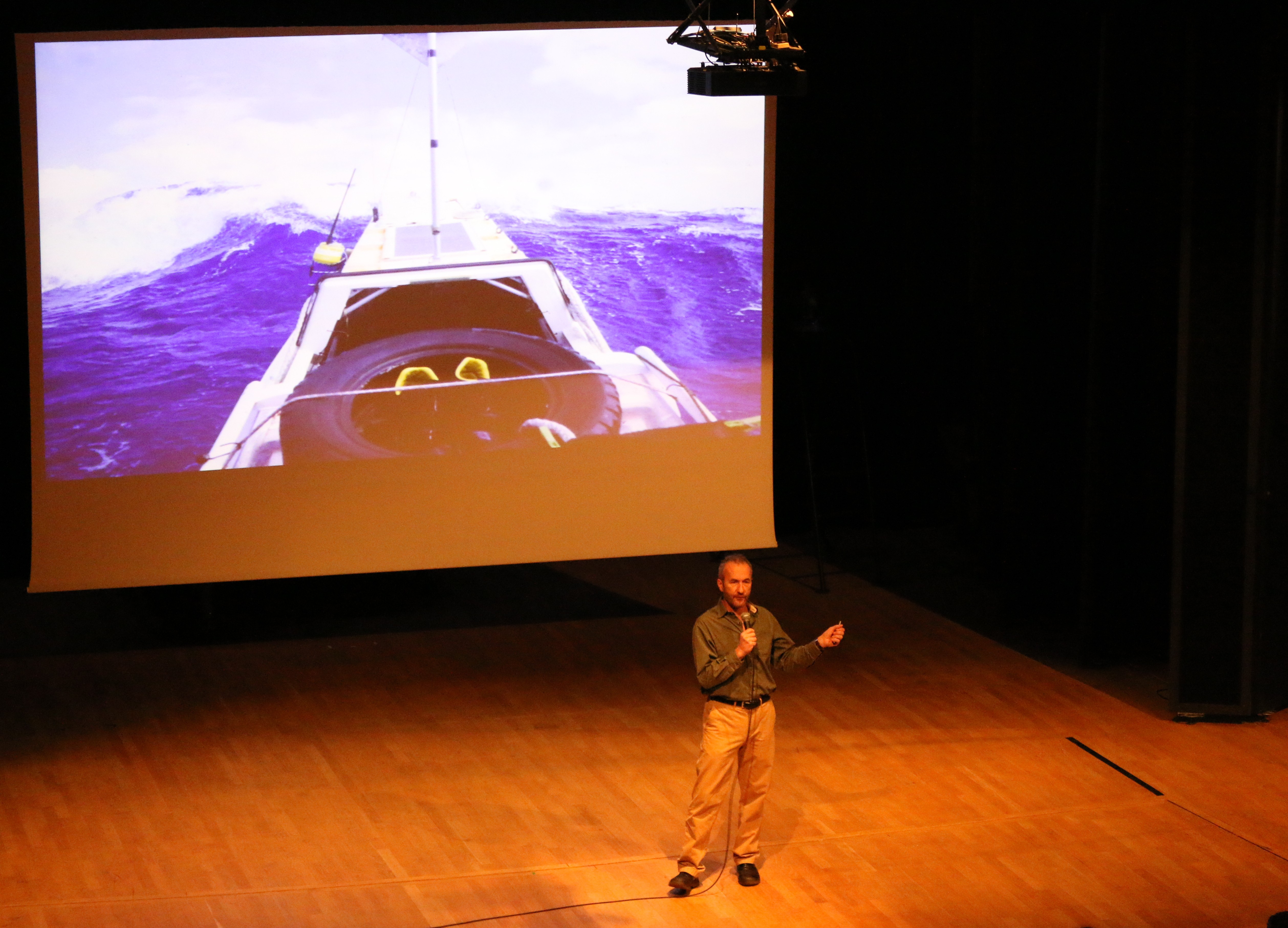 He offered several essential messages to students, some focused on determination and grit, and others which explored environmental protection through the metaphor of traveling the oceans in a tiny boat. Jason explained that pedaling across the Atlantic and the Pacific gave him the chance to experience a closed environmental system, similar to an island in the sea or the planet in space, in a totally new way. In the context of environmental protection and sustainability, Jason encouraged students to get to know the earth and to learn through experience as an essential part of working to solve sustainability problems. 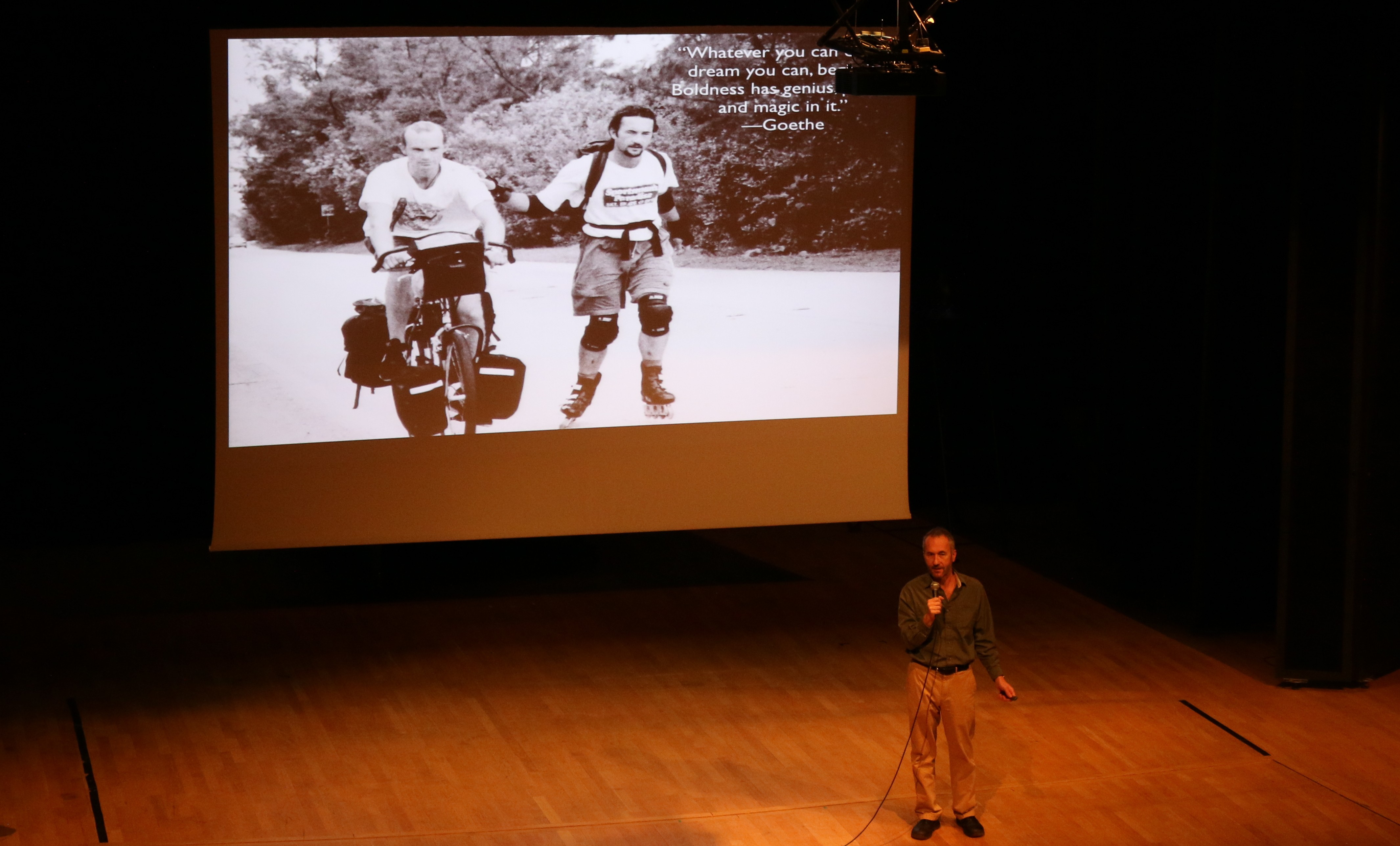 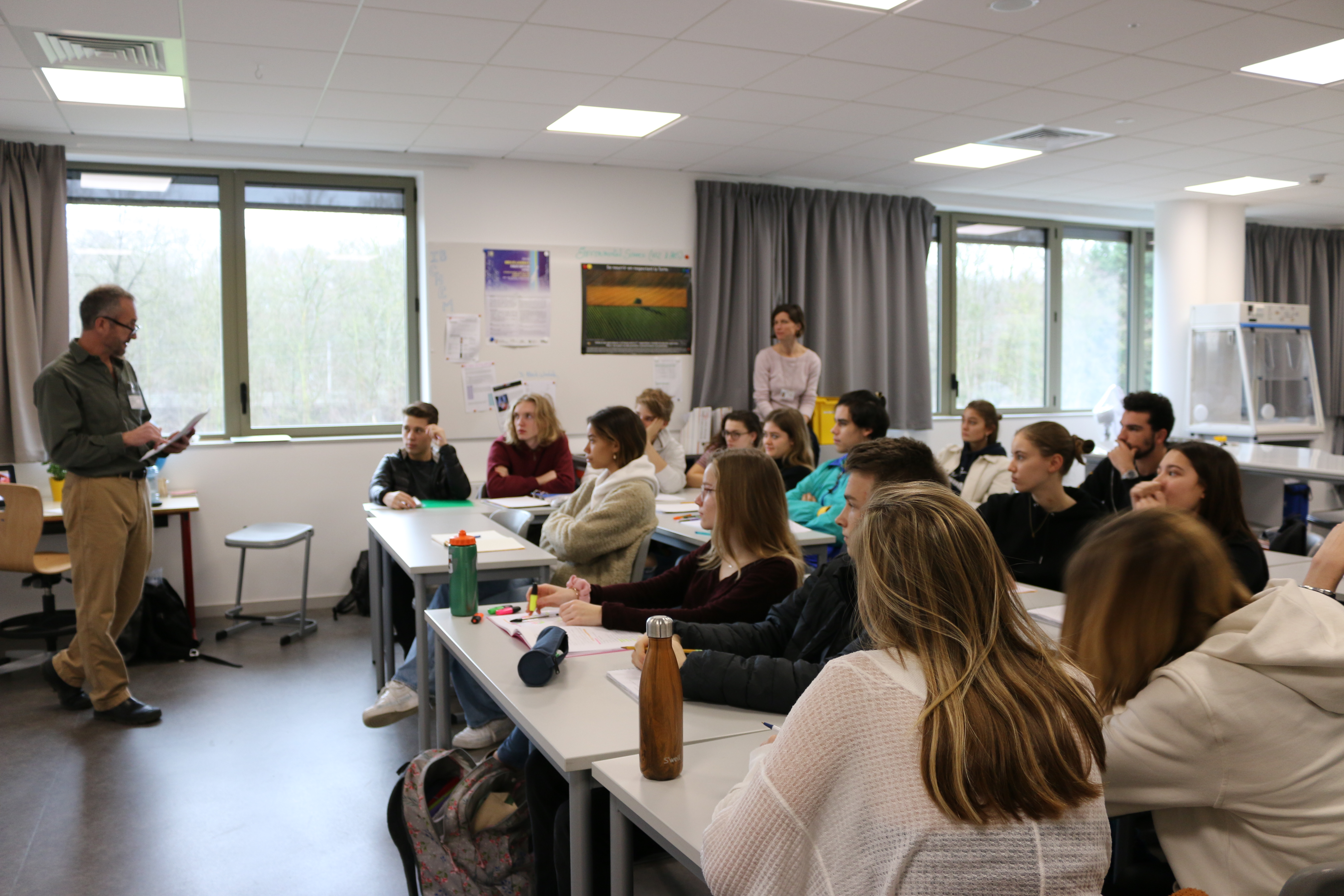 Students were especially curious about how Jason maintained his commitment to the journey, even when he seemed to be making no progress, or when he experienced major setbacks. In most situations, Jason said, it's easier to have hope when you are moving forward, even if the conditions are dreadful. But when he encountered setbacks as extreme as the Doldrums in the Pacific Ocean, where all of his progress he made during the day was erased as his boat drifted while he slept, he found a more different mindset to help him keep going. 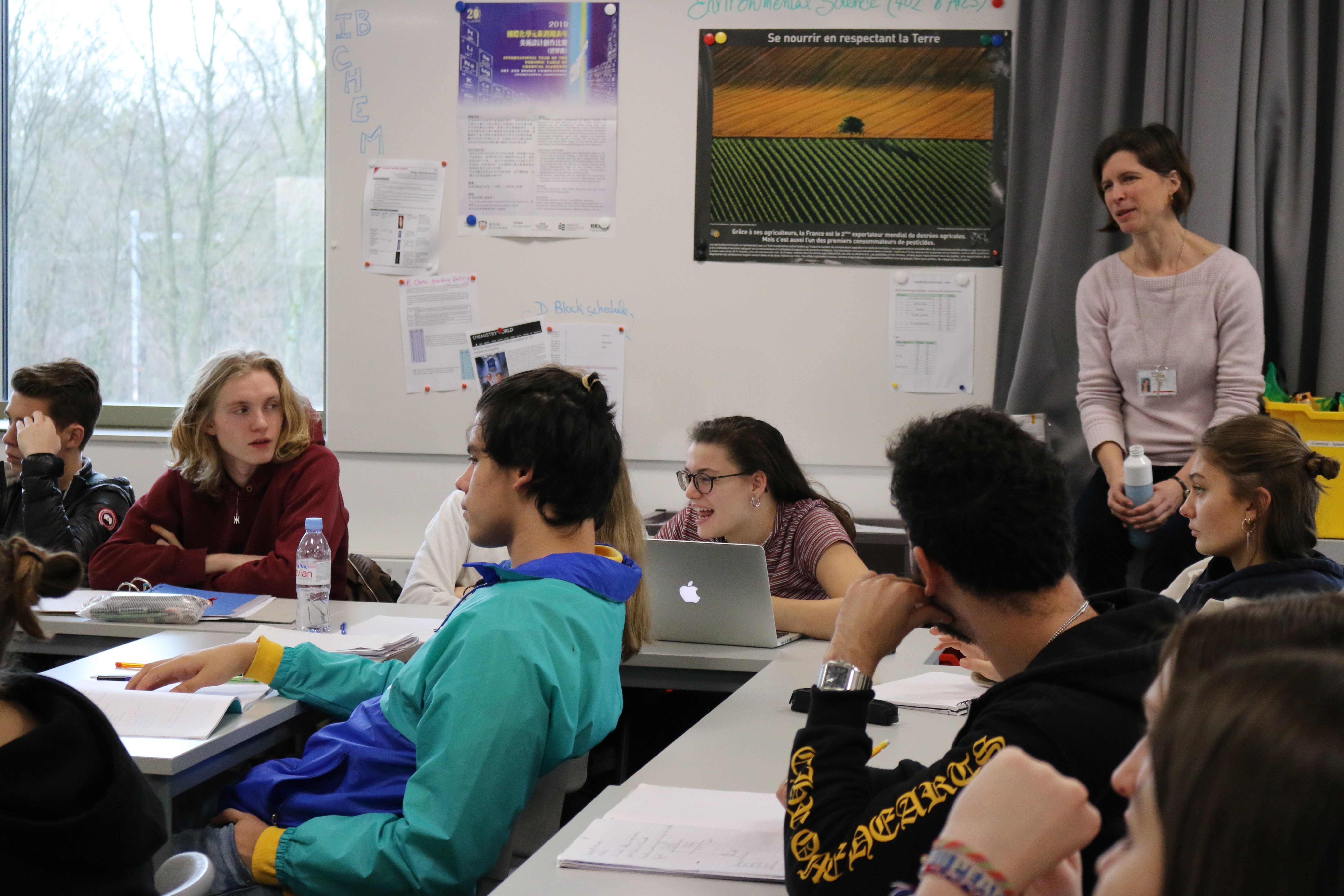 Jason shared that in a culture where we are obsessed with goals, it's easy to get lost in tracking and so focused on the end goal that your own performance suffers. In order to succeed, whether one is stuck pedaling a boat through the Doldrums, or working on a project that feels difficult, sometimes the best thing to do is to let go of the end goal, and to focus on one's present performance.

In the course of his 13-year journey, he developed curriculum as part of the UNESCO's Associated Schools Program Network and ultimately visited over 900 schools in 37 countries to share his experiences. The ASP Green Team club, led by Ms. Diss, eagerly discussed potential sustainability projects on campus. Stay tuned for their next initiatives! 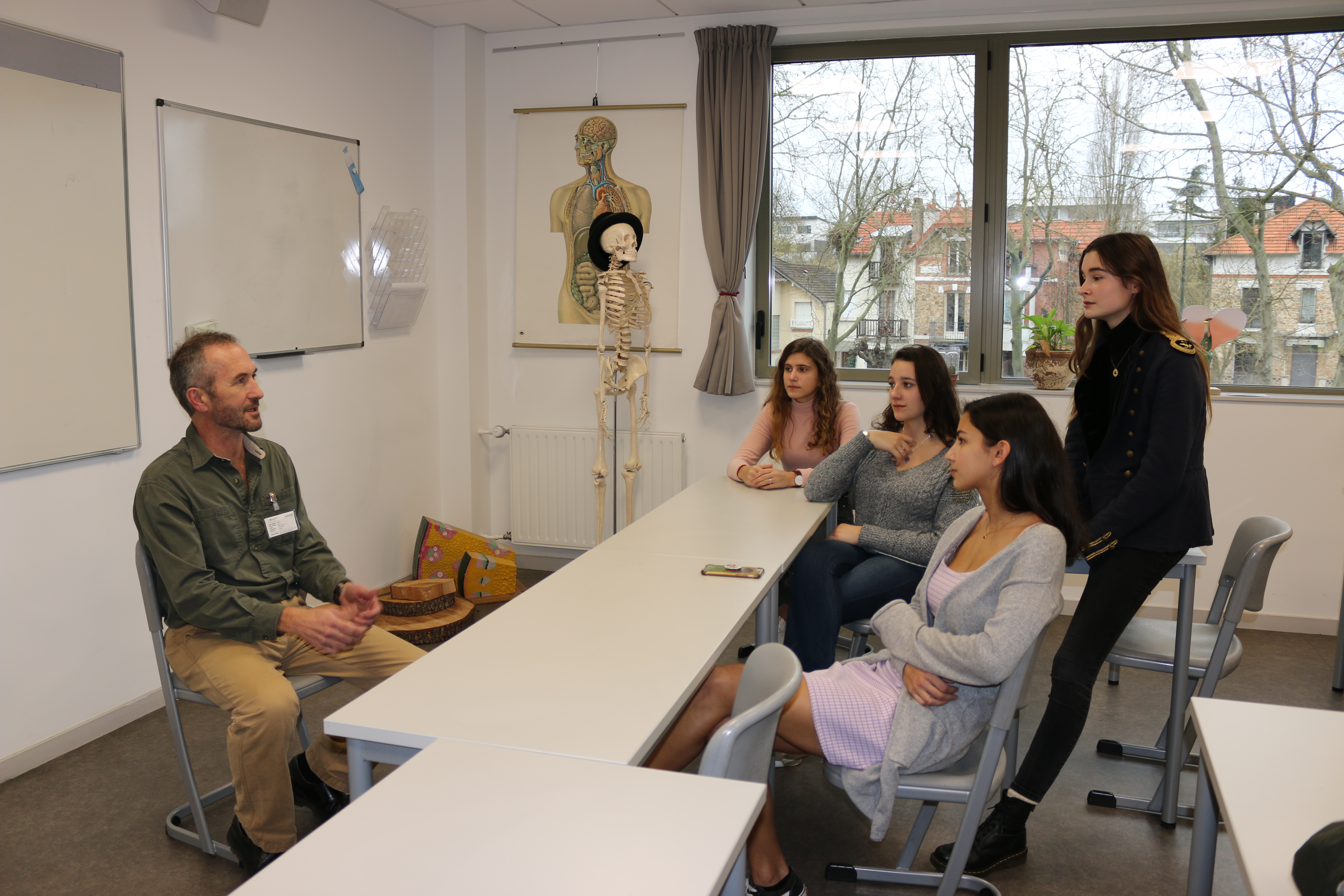 Visits like Jason's play a role in our strategic plan, "Going Beyond," as we seek to expand our students' horizons and introduce them to numerous ways to use their education to make a positive impact on the world. If you would like more information on how to support the Speaker Series at ASP, please contact us directly.