Putting the wheels in motion for positive change

When Ms. Miranda's Grade 5 class checked out "The Red Bicycle: The Extraordinary Story of One Ordinary Bicycle," by Jude Isabella, none of the students could have predicted how inspiring the story of Big Red the bike would be for their class. Prompted by the list of resources at the end of the book, the class took their interest with the book to the next level and looked into World Bicycle Relief (WBR). They learned about how mobility can change the lives of an entire community. The students read about the power of bicycles in conquering distance, helping people achieve independence, and thrive. 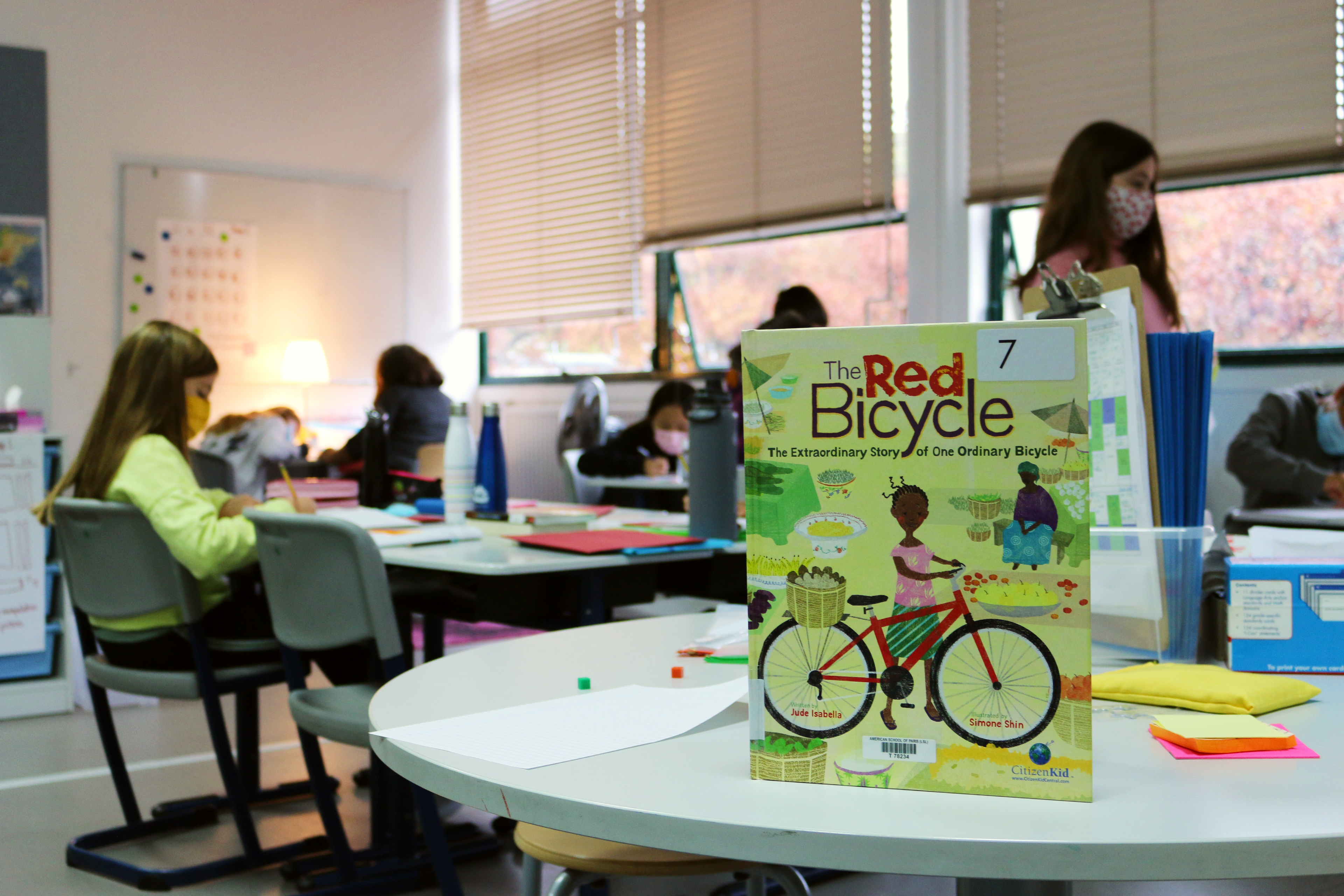 As part of their research, the students read about how WBR is working to break the cycle of poverty in communities by creating long-lasting partnerships with rural communities where students, health workers, and farmers need mobility support to improve their own lives and those of their neighbors. The students were especially inspired by how bicycles helped other children access education, especially for girls their own age.

This personal connection emerged in their research, and one student, Khaled, shared that, "if you think about it, one bike can change a life." The class decided that they wanted to do more than just read about the power of a bike. They wanted to actively engage with what they had learned, and raise the 134 euro it cost to donate one bike. They strategized about how to raise the money and to take ownership of the project. They came up with both a list of extra chores they could do around the house to earn the euro, as well as the key facts they needed to share with their families about WBR if they wanted to ask for a donation.

The students were energized by the positive impacts that bicycles have, like improving access to education, healthcare, and jobs that were once out of reach. With two wheels, health workers are saving lives by visiting more people each day as they work to combat COVID-19, eliminate malaria, teach health and nutrition, and visit more homebound patients.

Within just four days the students raised 190 euros! When making the donation as a class, they wrote a note asking if they could meet with a representative of WBR to learn more about how their donation would impact a person or a family.

To their surprise and delight, WBR responded almost immediately to their request, and they were able to Zoom with Ms. G, a fundraising manager for World Bicycle Relief, at the end of the week. She told the students, "I'm so touched by how your engagement as students had helped another student receive a bicycle" and helped the class build a personal connection between their learning, their idea to fundraise, and the students and families who receive the locally-assembled bikes called Buffalo Bikes. 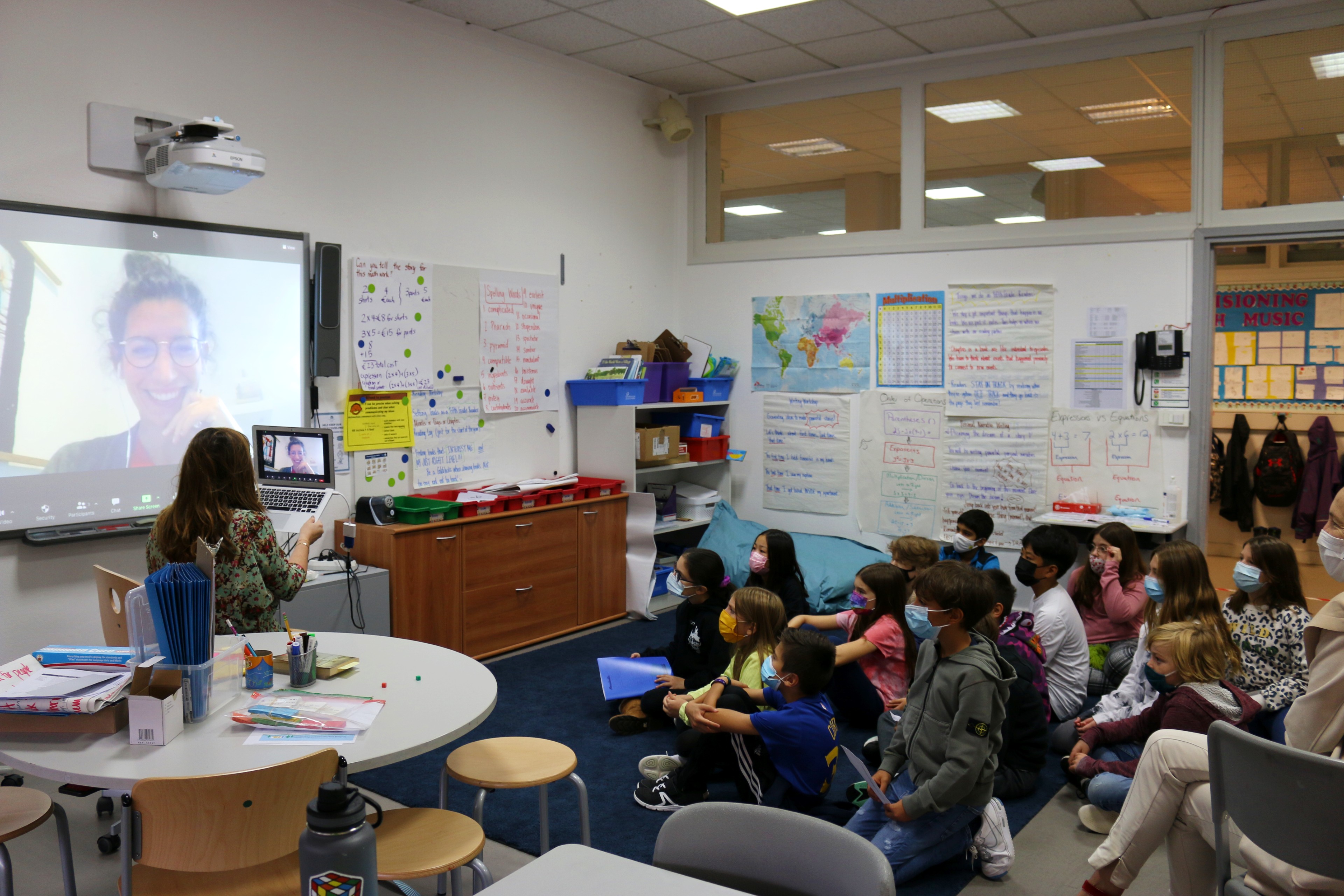 One student, Vincent, asked an insightful question about how the organization decides who receives the next bicycle, and the class learned that World Bicycle Relief uses the same skills that they are learning, like research, collaboration, and planning, with government ministries, local health and education partners, and other NGOs to organize who will receive a bike nearly one year before the donations are received to purchase the parts and build the bikes locally. 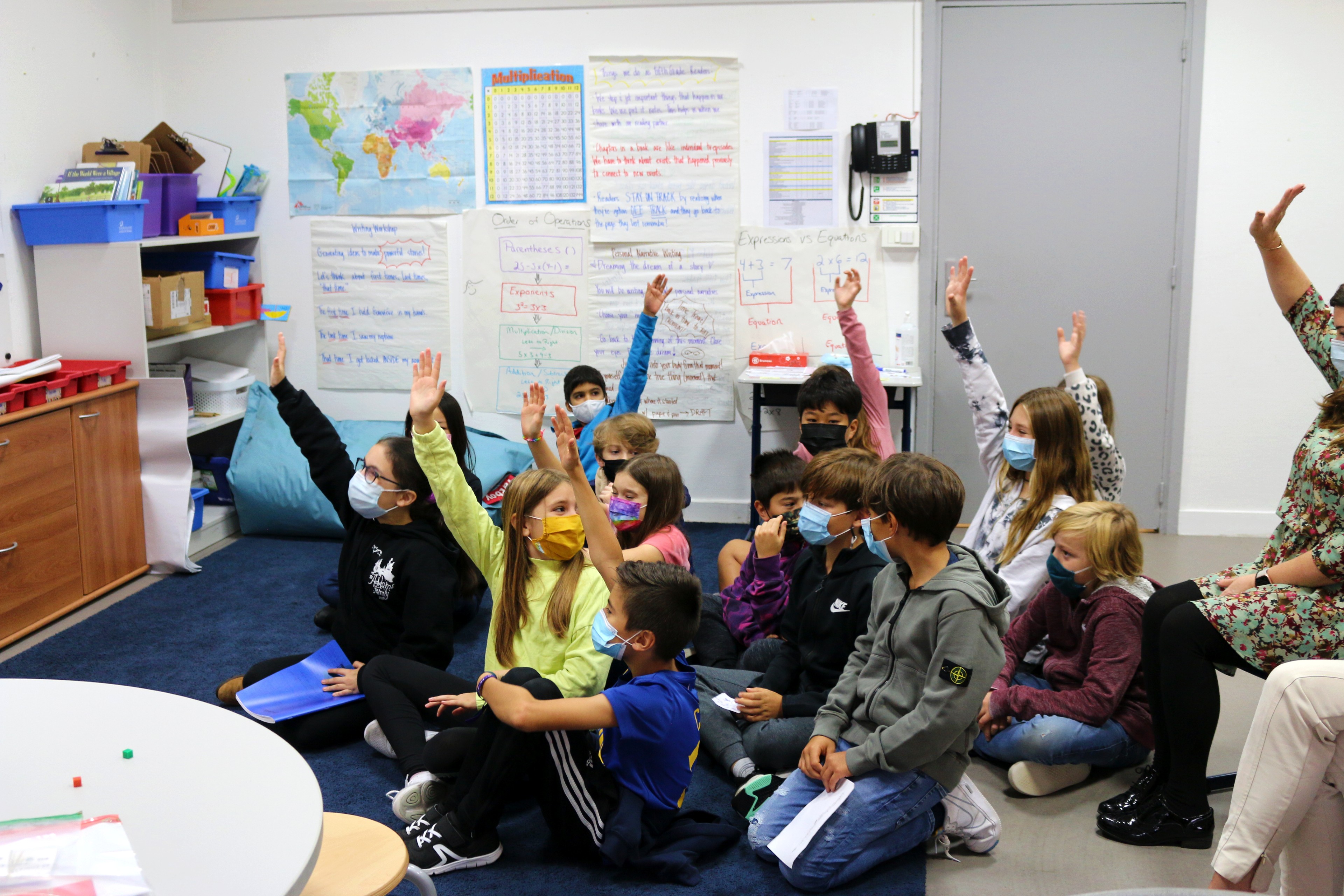 Ms. G confirmed that while any student can receive a Buffalo Bike, most of the youngest children are the same age as the Grade 5 students, due to the size and weight of the bikes.

Well done to Grade 5 for purposefully exploring the power of mobility to change the lives of entire communities, and for engaging with their own personal power to donate a bike to a student just like them! 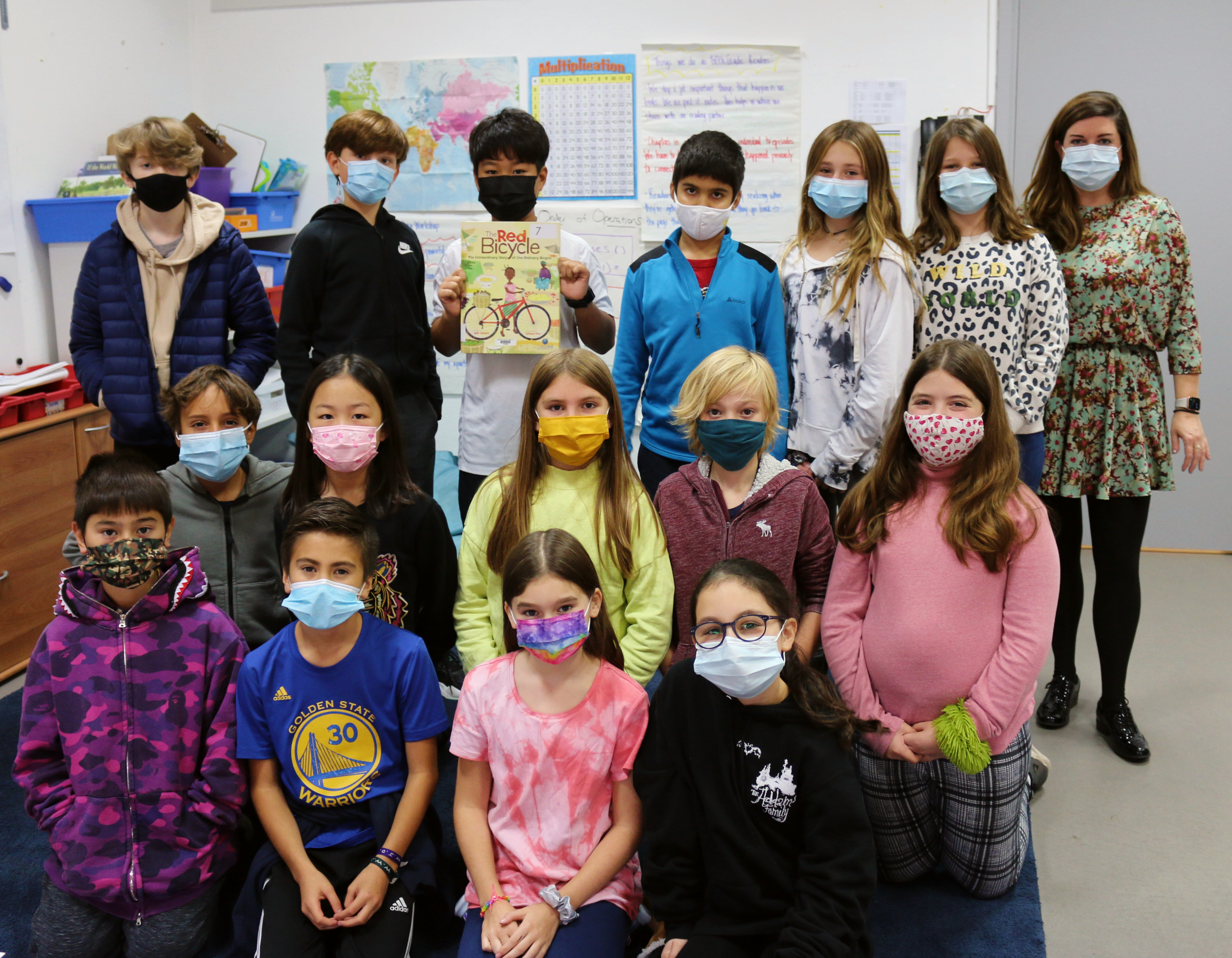