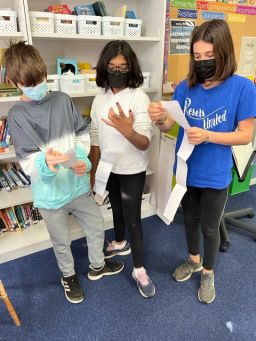 The ASP Middle School is brimming with excitement following the unveiling of the new Story Dispenser, designed by the French publishing house Short Edition. 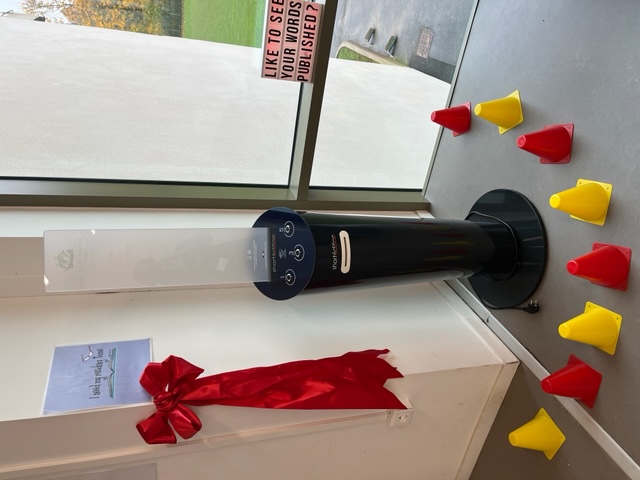 The first of its kind in an international school in Europe, the Dispenser is open to anyone in the ASP community who needs a literary pick-up at any point in the day. Do you have one minute to spare? Three? How about five minutes?

Just make a selection from one of the three touch-free buttons and, in a matter of seconds, out comes a short piece of writing on a paper strip resembling a papyrus roll. It's completely environmentally friendly and entirely free! And you never know what you might get; the diverse categories include nostalgia, science fiction, contemporary life, fantasy, humor, dystopia. There's even a chance that a poem will come your way. 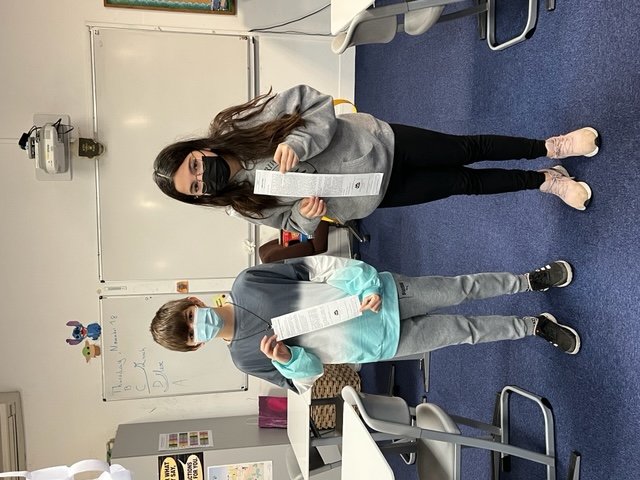 Since the launch of the Dispenser (stay tuned for the results of the "Name the Dispenser" Competition!) last Wednesday, Middle School students can be seen buzzing around the machine pulling out stories, reading them in the hallways, sharing them in class, passing them on to friends, and posting them on the bulletin board outside room 4.107.

At the moment, most of the texts on offer originate from the Short Edition publishing house. However, these texts are fast being replaced by work written by our own Middle School published on BiblioTech, ASP's first-ever community publishing house. Authors whose work appears on BiblioTech will experience the joy of seeing their creations in print thanks to the Dispenser. Layla's story "Forgive Me" appeared by chance when she used the Dispenser!

Students are already talking about the excitement of getting their work published:

"Imagine hovering your hand over one of the buttons and stumbling across your own story!"

"I can't wait for my story to come out of the Dispenser with my name on it!"

"It is a reader's dream as well as a writer's."

The BiblioTech Editorial Board is already wading in dozens of submissions from students and awaits creative fiction and non-fiction texts written by faculty, staff, parents, and alumni.