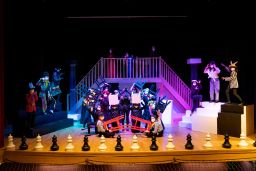 Creativity, thy name is Middle School!

With the overwhelmingly positive response from our Middle School students to the musical auditions in early Fall, Ms. Love and Ms. Milligan, the dynamic duo at the helm of a large creative team, planned to produce a separate Middle School production in addition to our Upper School show, The Slipper and the Rose. In keeping with the fairytale theme, they chose Alice @ Wonderland, a take on the Lewis Carroll classic with a very modern twist. When the time to rehearse drew near, however, new health and safety restrictions made in-person ensemble rehearsals essentially impossible. Still, the show must go on, and the show certainly did! 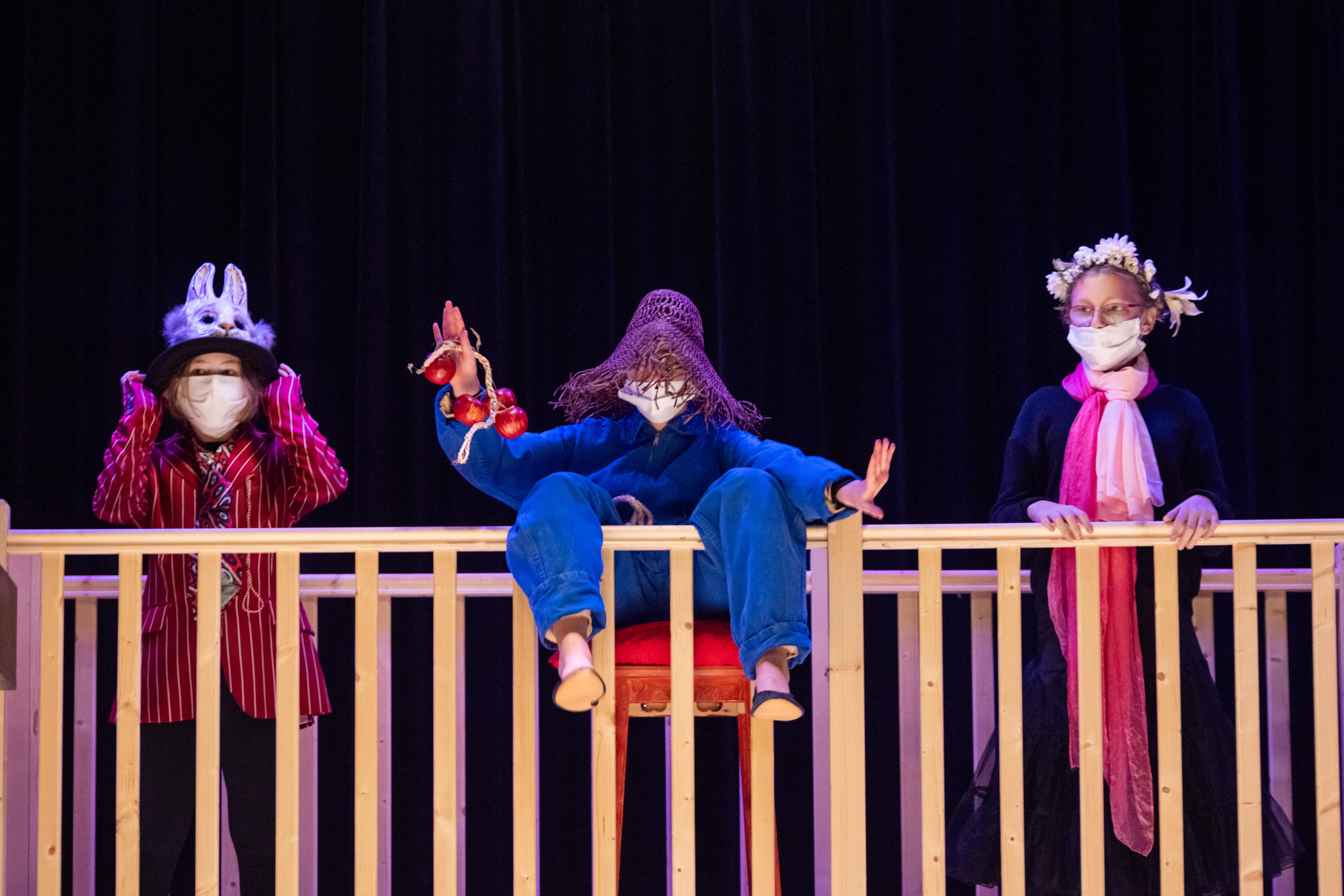 In the fall, our students learned songs from recordings by Mrs. Love, dances with choreographer Ms. Rutherford, and did only a single script read-through together before winter break arrived. Middle School musicians also worked individually with Mr. Hall during their flex time to master their music pieces during the school day.

After winter break, no in-person rehearsals were allowed to take place after school, and a safe workaround was needed to keep the show going! Teachers stayed after school to paint and build in the set pieces so that the students' vision could be realized even without having them on campus after classes ended. 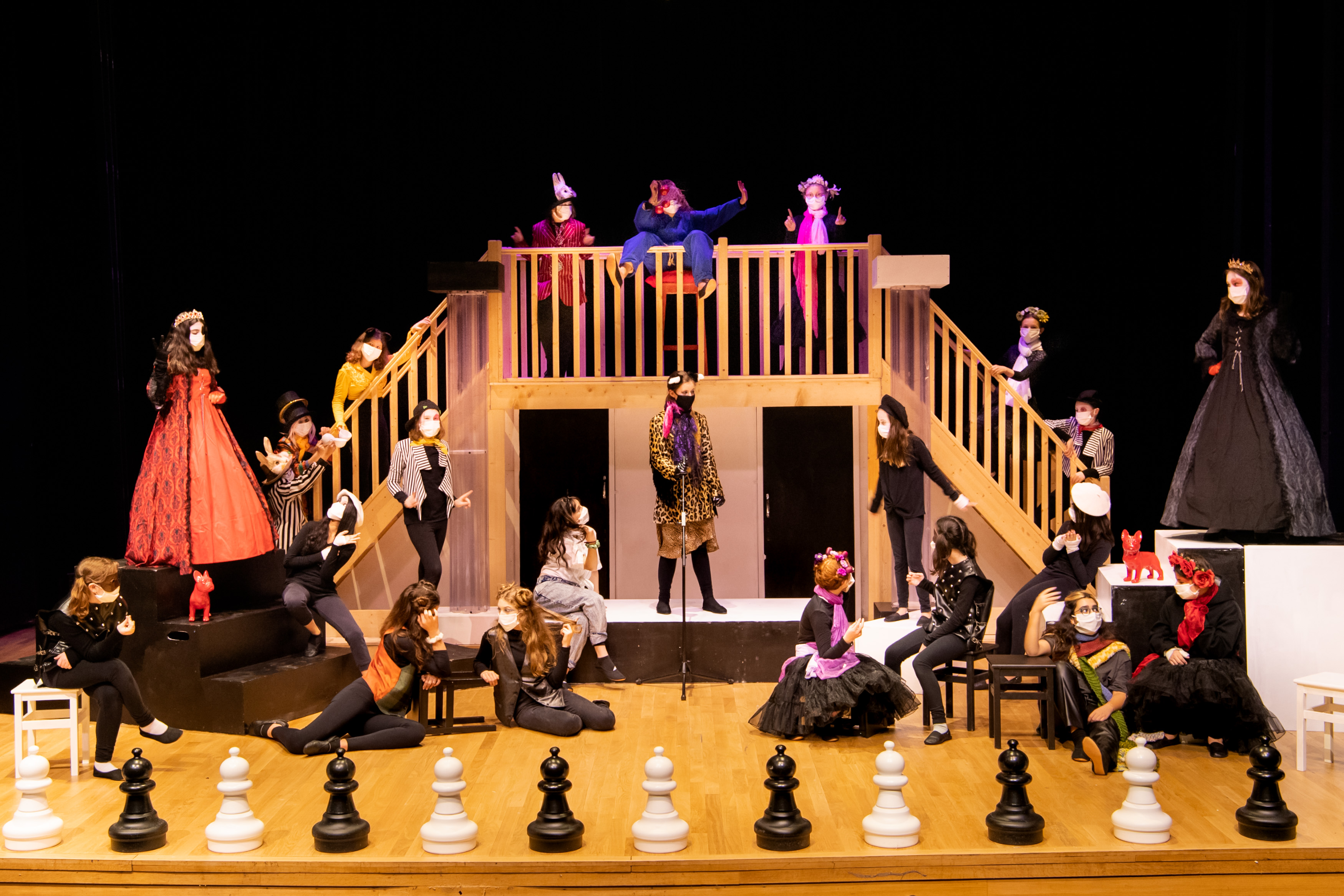 In keeping with the new health and safety requirements, the ensemble was able to meet on three Saturdays for three hours (9 of the 12 total contact hours that our team had to pull off this show!) to do a short song rehearsal, to design the stage and mis-en-scene, to create the costumes, hair, and makeup, to shoot the choreography stills and scenes, and to do a final recording of the songs and dances before moving into a Zoom recording of the dialogue from start to finish. These recordings were then mixed and edited into a digital masterpiece by Ms. Milligan. 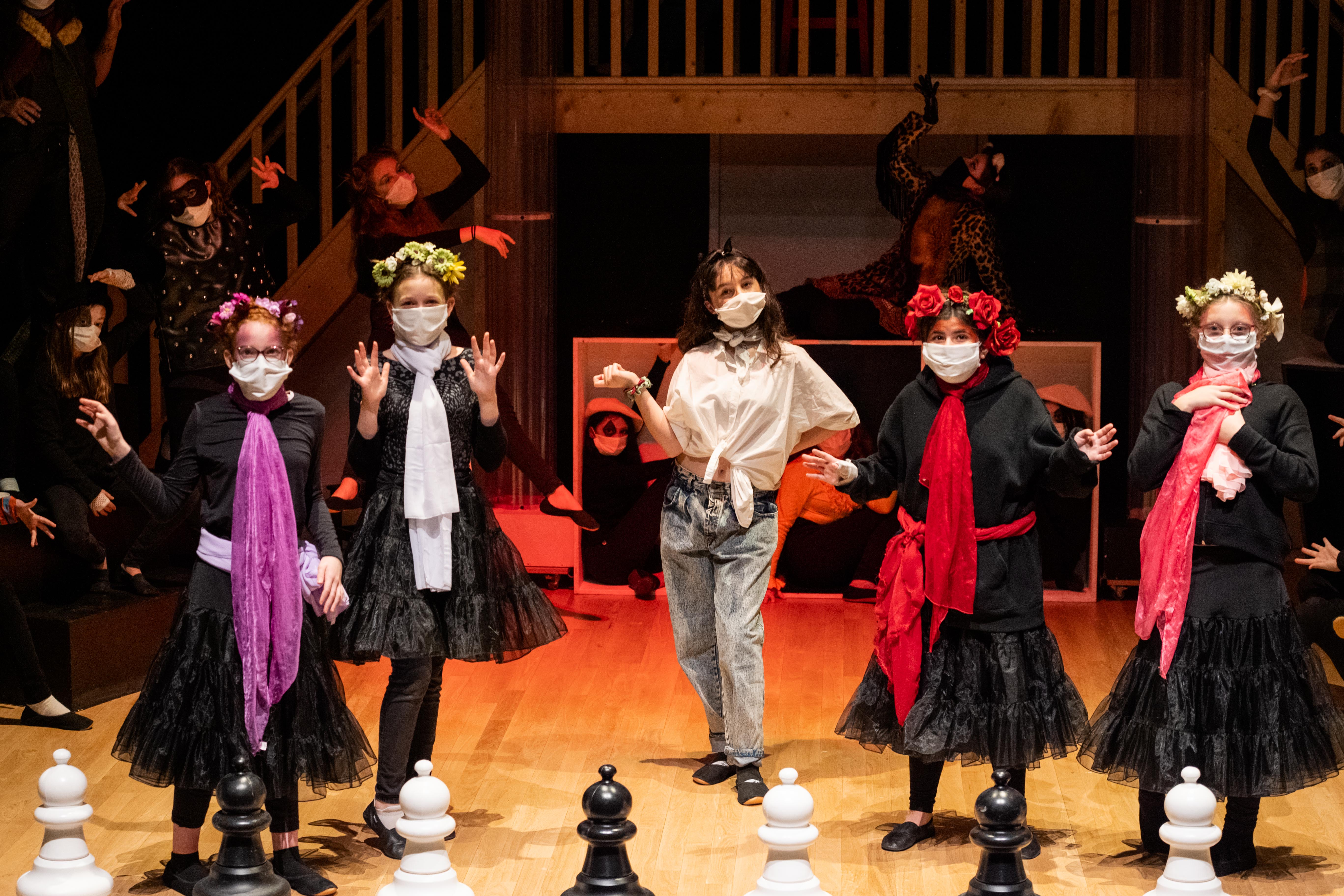 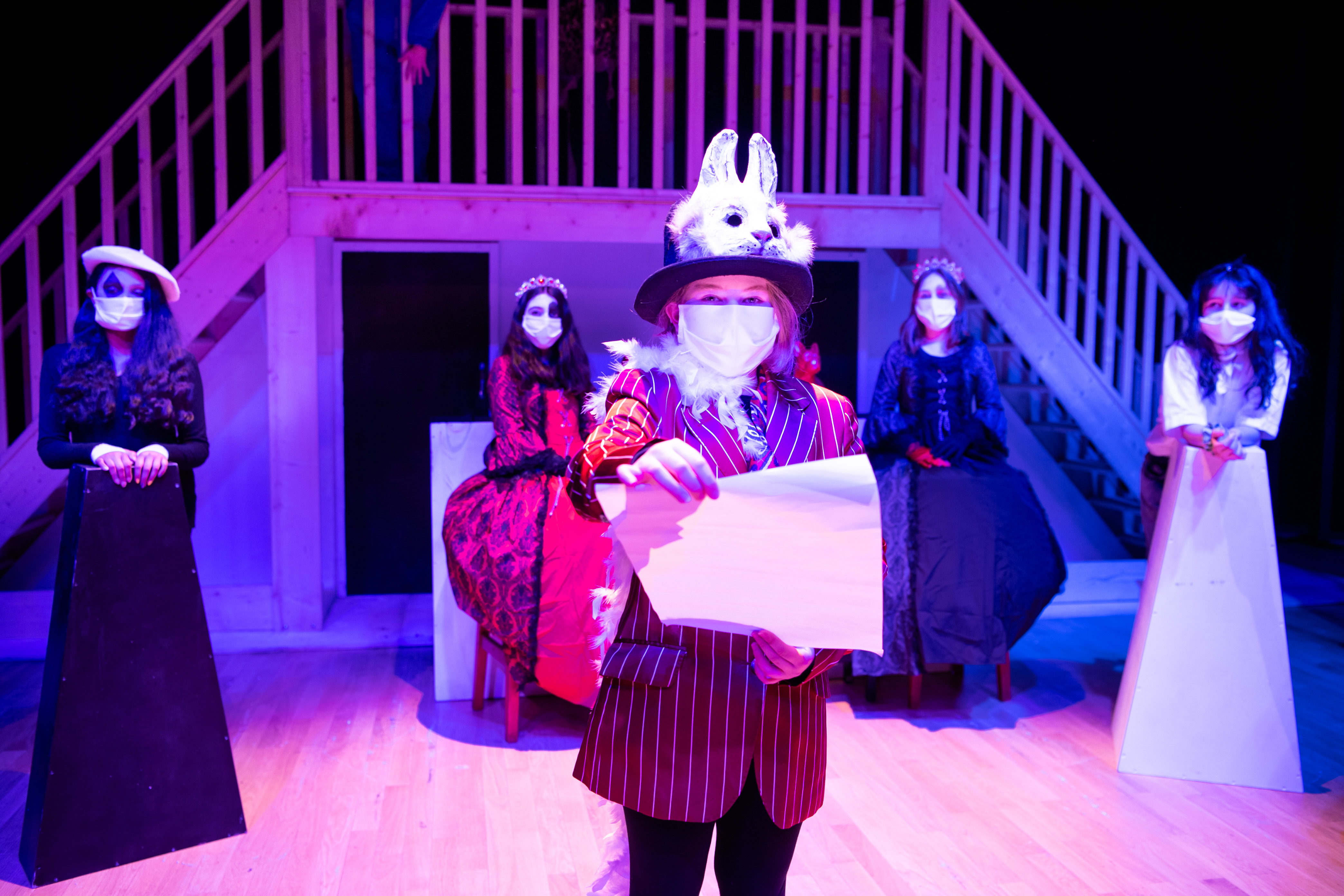 With our Middle and Upper School students eager for a creative and collaborative outlet, ASP mounted two full productions in a year when theatres were closed and live entertainment scarce. This show, from the practice to the performance, is an accomplishment of epic proportions. ASP is proud to have safely and creatively offered a musical theatre experience to our students in both Middle and Upper School, while still respecting the constraints of the pandemic. We invite you to view the photos and video of the production to take in this incredible artistic achievement. Bravo, everyone!